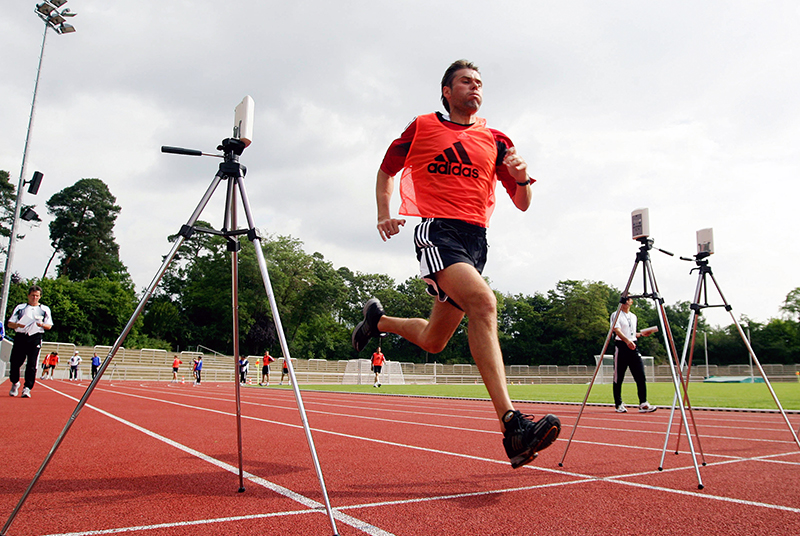 4 Sports That Have Benefitted from Technology

Many sports have become more playable or popular because of advancements in technology. This article will explore its effect on four popular sports.   Tennis Most tennis racquets are no longer made from wood but graphite or a graphite composite incorporating Kevlar. Graphite is used because it is strong relative to its light weight. It... Read More

Many sports have become more playable or popular because of advancements in technology. This article will explore its effect on four popular sports.

Most tennis racquets are no longer made from wood but graphite or a graphite composite incorporating Kevlar. Graphite is used because it is strong relative to its light weight. It provides the tennis player with power, control, and feel for the ball. Kevlar is a strong heat-resistant fibre that is apparently capable of stopping bullets because of its molecular structure. Some of the serves can resemble them. I was thinking of John Isner, who holds the record for the fastest serve of 157.2 mph (253 km/h). It was his second serve, too, which traditionally is slower to increase the chance of hitting it in. This gigantic serve took place during Isner’s 2007 quarter-final against Legg Mason in the Tennis Classic in Washington.

Hawk-Eye is a computerised system that was introduced which will track the trajectory of a ball. It is an aid for umpires and lines people to see if a ball was out or just inside the lines. It uses at least six computer-linked tv cameras that are positioned around the court and works in real-time. It is used in other sports, too, such as cricket, rugby union, and association football.

Linked to the above technology, Video assist referee (VAR) was introduced in football to help referees, reduce disputes, and increase fairness in the game. It determines whether the ball has crossed the goal keeper’s line, and therefore whether a goal should be awarded to the other team.

Such technology and others being developed specifically for sports can also be used to analyze player performances and lock in on strengths & weaknesses, so as to improve a player or team’s overall game strategy and technique. In order to fully understand these new advancements and use them effectively on and off the field, sports performance courses often include extensive training and study on sports technology which helps develop the required skills for it.

Vanishing Foam Marker spray now exists for referees. It can be used to temporarily mark positions on a football pitch. It indicates to a player from which position a ball should be struck after play has been interrupted because of a foul. It is useful in that it disappears within a minute and does not remain on the pitch for longer than necessary. Otherwise, what opposing team could resist taking a ball from a position closer to the goal than they should? The spray resembles white paint, or shaving foam watered down and leaves no trace of residue behind after it has disappeared. It really has been a magical invention for football.

The earliest snooker cues were known as maces. They had derived from croquet mallets and the player would have to manoeuvre it over their right shoulder to strike the ball by adopting something of a sweeping action. Now, of course, the wooden cues are long and straight and have a very fine tip. The grain of their ash visually guides the snooker player’s shot. Maple is used for those this distracts. It was in 1897 that chalk was invented by billiard professional William A. Spinks along with chemist William Hoskins. It was made by silica and corundum or aluminium oxide (aloxite) being crushed into a powder. It allowed the player to better grip the cue ball during shots. Its aim was to prevent miscues.

Colour television can be said to have popularized the game of snooker to the masses. In Britain, the late 1960s first saw the introduction of snooker to TV. As a result of snooker using a variety of colours in its game, David Attenborough, then head of BBC2, decided that the game was the perfect way to showcase colour technology on TV. If it had remained in black and white, viewers would have needed to have remembered where the balls had moved from.

As with the two sports above, Hawk-Eye technology now assists referees in snooker by generating a video replay (VR) of a shot. This allows the referee to replace the cue ball (white ball) on the exact same spot as it was prior to the shot being played before the miss was declared and the cue ball had to be replaced.

It is a fact that speeds are falling in F1, and safety is increasing. The only speed that really matters is, after all, being faster than an opponent, and the thrills of taking a corner faster than a conventional car can.

The greatest safety advancement in F1 is the halo, which was introduced to the sport in 2018. It is a protective piece of equipment fitted above the driver’s head. Its three-pronged bar structure prevents track debris and wheels from another car entering the cockpit.

In conclusion, it can be ascertained that most sports have benefitted in some way from advancements in technology, and some from the same technologies, such as Hawk-Eye. In addition, scoring and the working out of statistics has become more computerized over time, allowing for all sorts of interesting facts to be quickly relayed between commentator and spectator.

Are You An Organ Donor? What Happens To You
Previous Post
Tips for a Restful Night’s Sleep